I had just got out of the joint after doing a 20-year bid. The joint ain’t no place for suckers, you got to come up and show all the crews that you’re hard as nails. I got off easy, though, my boy Monchin got whacked out there on that job. Lailin was s’posed to be our wheel-man, but that fool has always got the monkey on his back. He was stoned out of his mind when we came haulin’ ass out of the spot. It took him a good 15 seconds to come to, son of a bitch. By the time he started the car, with a damn needle hangin’ out of his arm, we could already see the flashin’ lights. We just sat there and waited.

Now, I’m out and not ready to go straight. I gave the parole board some song-and-dance about, “yes, gentlemens… I do believe that I am ready to be an upstanding memba of society. I got in with a bad crowd, and I know that I weren’t powerless and I made my bed. But if you give me a chance, I won’t let you down. I wanna give back somehow.” Haha, what a crock.

I met up with my boy Walberto after the long walk from the pen. I haven’t seen his ass since we were both runnin’ around tryin’ to steal fruit from old man San Juan‘s fruit stand (Walberto would distract him while I tested the fruit for ripeness: I hate bein’ jacked around by overripe apples). We bought some cola champagnes at the bodega, then Walberto got down to the main grits that he brought for me. “Rolando wants to see you, son”, he said. Rolando San Juan… of course! I heard the chisme about Walberto and old man San Juan in the joint, but I ain’t think that was the gospel. Holy frijoles, this is messed up. While I’m doin’ my time, my so-called friend, Wally, is sleepin’ with the enemy (not literally, thank Jesucristo, but still).

That fruit stand was a front for a gun-smuggling ring. The same guns that shot Monchin dead on that fateful day. I know it sounds far-fetched, but I’m pretty sure it was the same guns. They definitely looked similar.

“I ain’t got nothin’ to say to old man San Juan. Or, as you call him: ‘Rolando‘. When did you two Mofungos get so goddamn cozy, anyway? You’re like a couple of pigeon-peas… humpin’ eachother.”

Walberto just stared at me. Finally, he said, “Stulito, I had no one when they locked you up. Rolando took me in under his wing. Hell, he even mashed up my plantains for me when I wasn’t looking. I wish that he would use a little bit of salt every once in a while, but what are you gonna do? He has a lot of gluten-free and vegan options”.

We said nothing to each other for a while after that. I guess you could say that we are both hard-headed. Just then, Benny Blanco walked up to us outside of the bodega. Benny is a young cat that just came back from culinary school, rumor has it that he has been tryin’ to make a name for himself in the authentic Puerto Rican food game. “Hey, Benny, what’s up”, Walberto said. Benny glanced at me, then did a double take, then he closed his eyes and counted to three. “Do my eyes deceive me? Is this Stulito, AKA ‘Li’l Stu’, “AKA ‘Stu Boo’, AKA ‘Come se dice‘, AKA ‘Take the Mufongo and Run’? When did you hit the bricks, kid?”

He was already trying my patience. I said, “Oh, I’ve been around. What did you say your name was again?”

“Benny. Benny Blanco from Atwater Village”. I could tell that he was feeling disrespected, and that was my goal. You don’t just come up to Stulito Gomez like that and act all familiar. I’m on a whole other level. I actually use spices and salt in my food.

“Oh, OK… ‘Benny’. Nice to meet you. Maybe we’ll meet again when you learn how to adequately spice your food. I heard that your mofungo is blander than a perro that just had his huevos cut off.” I was struggling to find an analogy that would suit the present situation. But, I was confident that Benny did not hear me use this expression earlier, so it would sound new to him.

Benny squeezed out a half-hearted chuckle, and said, “Stulito, maybe you haven’t heard. I’m with Rolando San Juan. I know that you have been locked up for a long time, you were probably even surprised to see people walking around with little phones.” (He was right, I didn’t want to say anything but it was kinda weird that everybody had phones.)  “But, a lot has happened while you were gone. This part of town is controlled by San Juan. The name ‘Stulito Gomez‘ barely even registers anymore. And as far as my ability to use spices: it’s authentic and it’s INSPIRED. You have been Americanized, your palette has been deadened by the over-salted junk that you pump in your body everyday. I’m doing important work with San Juan. We’re bringing the Puerto Rican community together, and we will have the first & only true, authentic Puerto Rican restaurant in this town.”

Something about this claim seemed deceptive to me, but I didn’t have time to google it. If doing time in the joint has taught me anything, it is that I have to trust my instincts. I have to go with my gut, I can’t spend my life researching facts on my new phone. “Hey, Benny. That’s all a nice, how do say… sentiment. But if you’ll stop smoke-stacking for one minute, I’ll lay down some truth for yo ass.” Things got very quiet. You could hear a flea pee. “If you come anywhere near me with your wack-ass mofungo, I will take one of those oddly phallic platano strips that stick out of the top and stick it up your butt.”

Walberto fainted. Benny smiled, and inhaled half of his cigarette. He was shaking. He said, “OK, we’ll see each other again”. 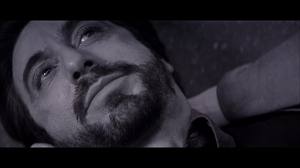 That was two days ago. Now, I’m laying on a gurney. I’m bein’ wheeled out of Atwater Village, an overdose of blandness. Last of the Moricans. I never did have no sense. Mama always told me that I should carry a salt packet with me. Just in case…. Just in case. Things are getting dark now. The bars are closing up. I’m goin’ on a trip, but I can’t take this trip alone. Where we goin’ for breakfast? I’m gettin’ tired…. babe, tired. Lo siento.