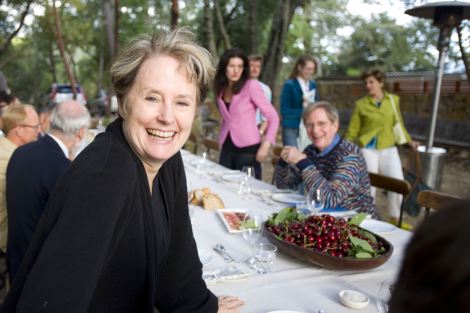 Alice Waters wisdom #234: “You can never have too many cherries.”

Whoa, talk about slow… Chez Panisse’s Alice Waters has finally received some major recognition from the good folks at TIME. Their recent list of “100 Most Influential People In The World” lists Waters in the “Pioneer” category for her work raising awareness for organic and local food (later becoming a key player in the “Slow Food” movement). Other sorta-interchangeable categories include “Titans”, “Leaders”, “Artists”, and “Icons”.

The article was written with appropriate praise by Ruth Reichl. I’d like to think that these kudos have nothing to do with Waters’ 70th birthday next week, but chances are that Ruth will definitely be invited to Alice’s party (BYOOH… organic hors d’oeuvres).

Personally, Waters has played a big role in my life as I discovered California Cuisine in my years cooking in the Bay Area. Her books are inspirational and encouraged me to think more about all of the steps involved to take a dish from farm to table (I’d actually like to coin that term). The realization of how much of the food I cooked or ate was heavily processed, or had traveled thousands of miles before finally arriving in the kitchen, was truly shocking.

One of my favorite brunch spots in the East Bay will always be Waters’ Cafe Fanny. I’ve never eaten at the world-famous Chez Panisse, but a favorite anecdote about my father in-law, Gerry, was when he once asked for a Diet Pepsi at Chez Panisse: The waiter sniffed and snootily said, “Not unless Pepsi makes an organic version.” As Chef Waters would say, “BAM!”

Of course, the Time 100 Most Influential People in the World(let’s call it the TMIP 100) list features a few wacky stunt choices, as well. It’s hard to please everyone with these lists, but some of them are just ridiculous: Miley Cyrus, by Dolly Parton (Miley’s godmother)? I mean Miley is an outstanding, troubled, impossible-to-ignore entertainer but you can tell that even a truly influential artist like Dolly is struggling to make the case for her goddaughter as Most Influential in the world: “Wrecking ball is a great song. The whole album is great.” How about some “straight talk”, Dolly?

Another questionable entry is Jenji Kohan, by Shonda (rhymes with “Rhonda”) Rhimes. Are you serious? She of the most hacky TV-writer variety. Her series “Weeds” popular only due to the supposedly taboo character of a drug dealer being the protagonist and (what a wacky twist) a well-intentioned mom, and the obnoxious “Orange Is the New Black”. I love strong female characters, but Jenji Kohan sucks. She’s the worst thing about this otherwise respectable list, and she’s in the “Pioneer” category? Shonda praises her here as a “smart businessperson” and “bold early disrupter of the television model”. But reading her glowing praise made me nearly disrupt my lunch all over the place. Yuck. 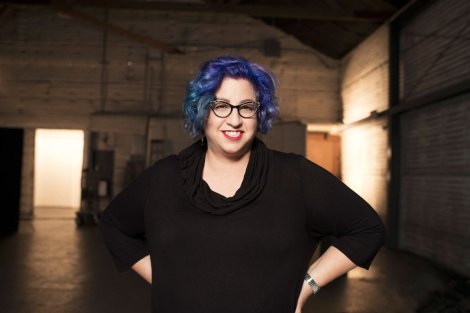 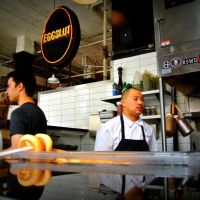