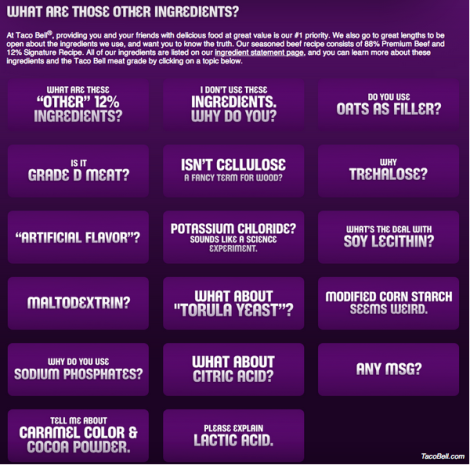 Awww, sheet! Taco Bell’s site recently posted an official fact-sheet detailing just about every conceivable gray area of their beef (and I do mean “gray” area). From cellulose to soy lecithin, Taco Bell breaks it all down in a conversational manner intended to disarm and endear the reader/debunker. The result is somewhat positive, but it does come off as a little too casual (imagine a slimy defense lawyer, Better Call Saul!).

All of this is likely in response to the constant nagging rumors of “beef” that is really only 35% beef and up to 65% filler. Some taco meat had even been tested for, ahem… sawdust. The actual percentage breakdown, according to the fact sheet, is 88% Premium Beef and 12% “Signature Recipe”.

Beef is listed first, which is reassuring. But “Oats” are listed as part of the “seasoning”. It’s a little misleading, since the oats are not used for seasoning the meat. Oh wait, there’s a “fact” for this one… 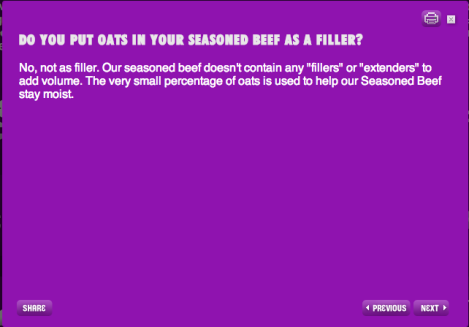 Hey, Taco Bell doesn’t use “fillers”, OK? Stop talking about fillers like they are actually a thing! Oats are used for moisture, obviously! A very small percentage of oats, in fact. How small? Well, definitely somewhere in the 12% range.

Of all of the facts, one of my favorites addresses “Modified Corn Starch”. The forced conversational phrasing is hysterical: “Modified Corn Starch Seems Weird”. Then, when you click on the window, there’s a more expansive and philosophical musing listed: “Modified corn starch seems like an odd ingredient in Mexican food”. These aren’t even questions! The inclusion of “Mexican” helps to engineer the fact toward a very logical conclusion: “Actually, it’s derived from corn, which is a food staple in Mexican culture…” I’m glad to see that Taco Bell is keeping it real. 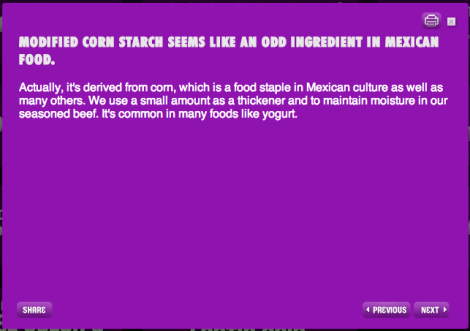 The subject of sugar is mentioned a couple of times, but this explanation for maltodextrin is rich. “You may have had it the last time you had a natural soda.” Sure, I balance my chemically-dense franken-tacos with an all-natural, organic soda. 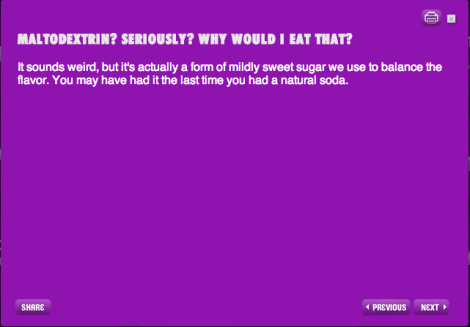 But you know that you’re being properly manipulated when you reach the final bio-engineered fun fact about MSG: 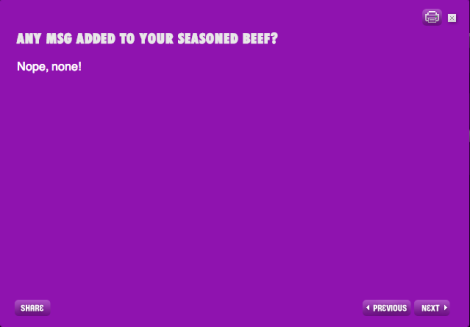 No MSG! Nope, none at all! Yay! Never mind that the link between MSG and the so-called MSG Symptom Complex is essentially a myth. There has been no link found between the dreaded monosodium glutamate and the variety of symptoms that were falsely associated with the flavor enhancer decades ago. You’re more likely to experience heart palpitations from the 310 mg of sodium in just one crunchy taco.

It’s good to know that even though Taco Bell is laying all their cards on the table, they still have the presence of mind to play up to public health hysteria. Taco Bell’s legal department will argue about the dozens of questionable ingredients in their filler (yeah, I’m still gonna call it that!), but hey, at least their taco meat doesn’t have other things in it that you’re afraid of. 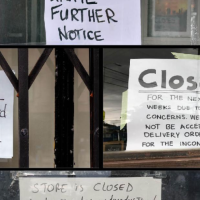 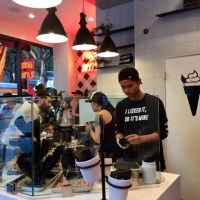 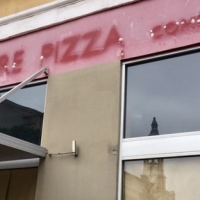 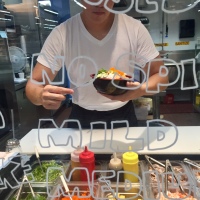 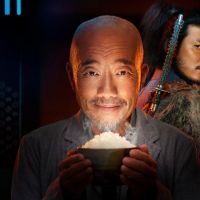 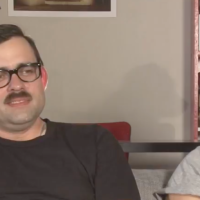 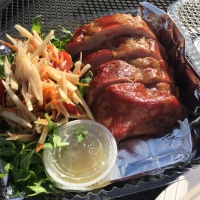 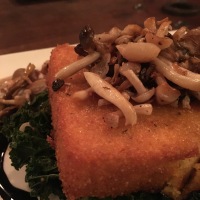 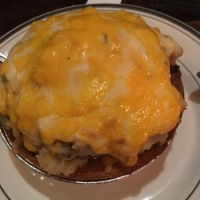 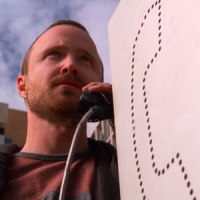