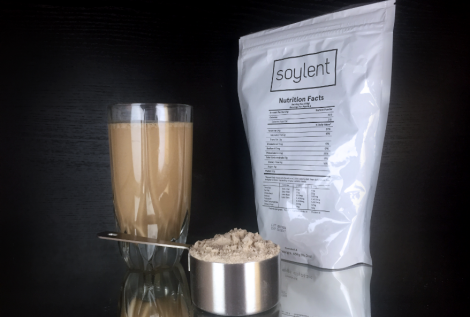 I have converted my diet to be roughly fifty percent Soylent. Fifty percent Soylent, thirty percent junk, and twenty percent real food. Getting familiar with the faddish nutrition powder was a long process; all of the information available for the nouveau meal replacement has the faint stench of propaganda. If I believed the hype, this would be a life-changing move. I would be boldly going where lesser mortals feared to tread. I would be a #SoylentPioneer (official hashtag, barf).

The other side of the coin is the outspoken naysayers: pessimistic trolls and even bitchass Eater.com (when did these snobs become so outspoken? stick to “The Best Restaurants To Bring Your Dog To”), quick to dismiss this “space food” as new age nonsense, short on the all-important flavor factor. At the same time, the bona fide New Agers will have no part of this genetically modified horseshit, urging you to eat varied and locally-sourced foods instead (I’ve never been varied, I go on “kicks”). Promoting, “Strictly organic, my body is a temple.” Except that, at this point in my life, my body is more like the ramshackle remnants of a shantytown in Soweto. Every bowel movement is like a ride at Six Flags where some smartass fat kid is making a scene, holding up the whole line (little bastard). I was ready for a change.

Soylent promises to be the legit solution for those with a suspected vitamin deficiency. Complete nutrition in a bag (one bag of the powdered version contains four meals, totaling 2,000 calories) or a bottle (each bottle of pre-mixed Soylent 2.0 contains 400 calories, and, more importantly, actually tastes like something—my boo likes to mix it with a double espresso on the rocks, thereby killing two birds). I drink both versions of Soylent. I like being able to customize the shake (either with peanut butter powder or chocolate protein powder, the combination fools my primitive tastebuds and teeny brain into thinking that I’m treating myself somehow).

There are side effects. Not “bad” side effects, per se. Last summer, some of the nation’s biggest media outlets investigated Soylent. Many of them presented a smirking takeaway, basically, “Life’s too short to replace your meals with a flavorless powder.” (The New Yorker was the only real honest reporting I came across, kudos.) One of the main focuses, second to the “flavor” issue, was the flatulence reported by many users. It’s true. This is a fact: you will be fartin’ for cartain, at least for a while. And, it should be noted, it smells like Soylent. This didn’t surprise me, though—I fart on the regular. My farts tend to smell like whatever I recently ate. Does this gross you out? Me too.

Another unexpected effect of integrating Soylent in my life—I usually have a Soylent breakfast and a Soylent lunch—is that when I do eat for reals the taste is much stronger. This is the result of “depriving” myself of the umami bombs and salty, sugary (super yummy) snacks and scorched earth gorge fests that I typically treat myself to. Essentially the I-can’t-decide-give-me-one-of-everything habit. Like some other people, I put way too much pressure on the need to enjoy every meal. But I’ve come to the conclusion that constantly feeling gratified really is not that important. Getting into a regular groove of just having a simple meal that merely satisfies your body’s needs, and one where your brain isn’t recalculating the many choices and options, is where it’s at for me. The occasional balls out dinner takes on a celebratory vibe when I’m on my Soylent shit. Not to mention that eater’s guilt is virtually nonexistent.

And as for “Soylent is people”: get over it. It was just a movie. Give Soylent a try, at the very least it’s a worthwhile experiment to “shake” your daily diet up a little bit. You can always cancel your subscription. No harm done to your precious tastebuds.

So, this is partly why there haven’t been many new reviews on the site. I’ve been replacing some restaurant trips with the “shake-shake-y’all” of Soylent in my diet. More reviews are coming soon! 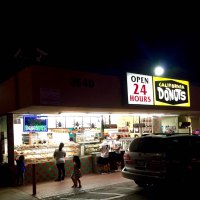